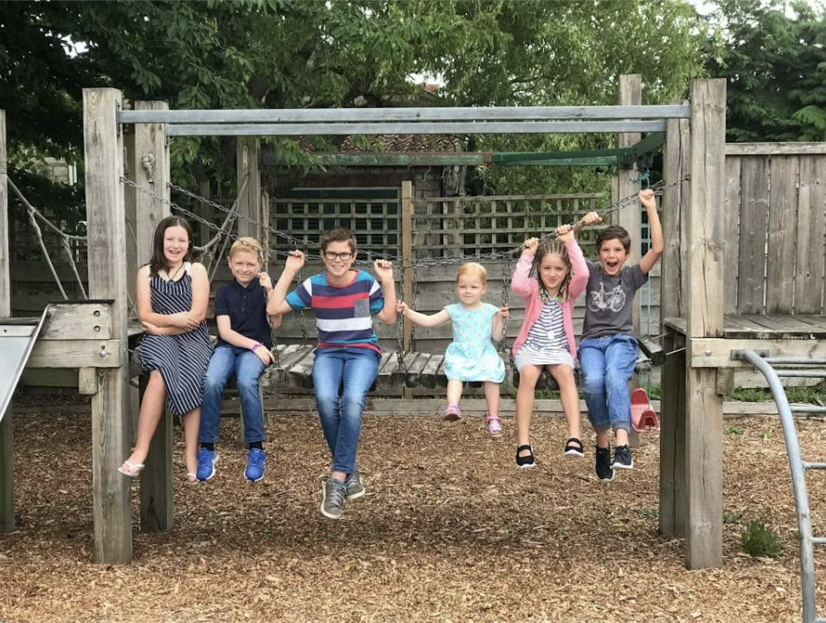 On Saturday 11th of August – 18th August we stayed at Beech Farm Cottages with all of our family. I met my 4 cousins, David, Mark, Harry and Charlotte. It took us 4 hours to get to Beech Farm Cottages. There was a swimming pool, a trampoline. We got to feed the animals at 9am every morning. There were chickens, doves, sheep with horns, and goats. There were 5 bedrooms in our cottage. There was a big kitchen, 2 sitting areas and David and Mark had another cottage with 3 floors.

On Monday 13th August we all visited Helmsley Castle together. The castle was all broken but once upon a time it would have been HUGE. I had a sword fight with my cousin Mark who was dressed in a dragon costume. I was dressed as a knight. When Daddy was up high I thought he was going to get a head injury again. There were 2 moats and there was two secret rooms under a bridge. 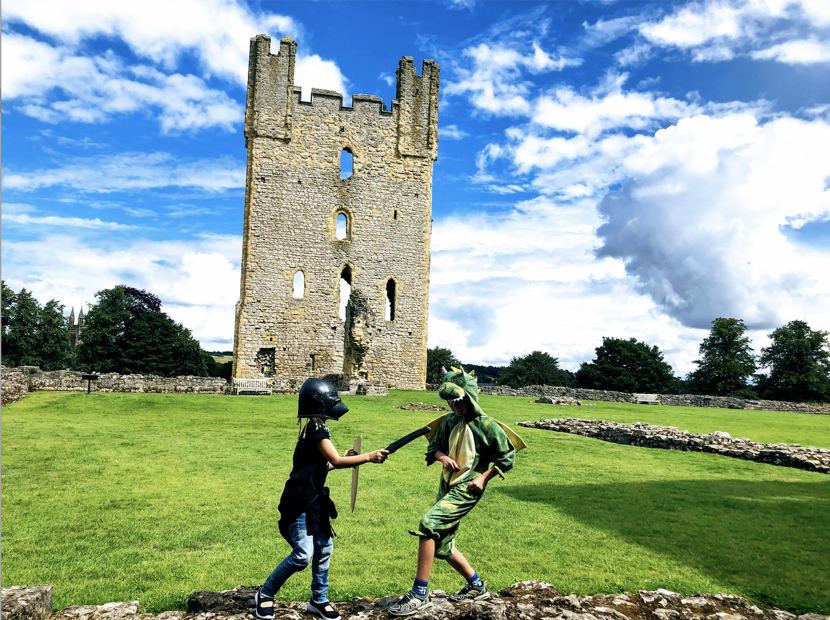 On Tuesday 14th of August we went to the city of York. We caught a bendy bus. At lunch time David, Mark, Harry, Hannah and me went to see Teen Titans Go to The Movies with my Dad and Uncle Ian. Mummy and Aunty Cristina went to a Minster (Cathedral). Mummy bought me a pen with my name on it. We went to the Disney shop and Hannah bought a new bag that had Minnie Mouse on it with a little bow. I got a Tinkerbell set. I found it hard to choose. We went to a fancy fish and chip restaurant for dinner on the way home. 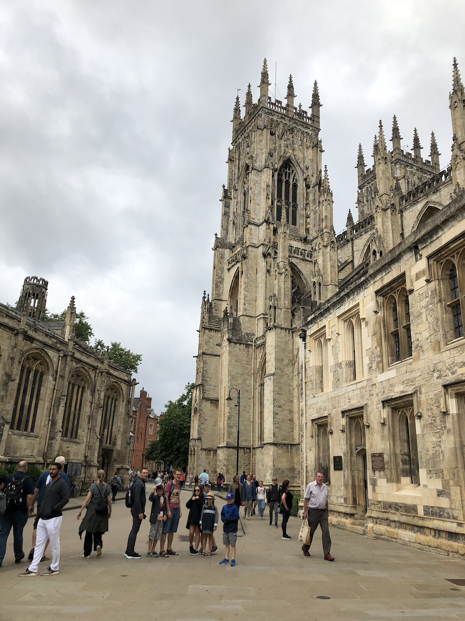 We did family photos on Wednesday. I didn’t like the family photos that much because I don’t like photos. Uncle Will’s girlfriend Kirsty came that day to meet us all. In the afternoon we went for a drive and a walk up The Yorkshire Moors. It took 20 minutes to go there and it was so windy just like Wellington. We saw sheep with horns.

On Saturday we all went home. David and Mark went to Romania and we went down to Milton Keynes to stay with Uncle Chunk so that we could catch the train to France on Sunday.

Tomorrow I will tell you about Paris.