On Thursday the 23rd of August, we took a train from Paris to Brussels. It was 1 and a half hours. It felt really short.

We got to Brussels and had to walk to our apartment that we were renting for 2 days. Then we dropped off the bags and went to the town square. We went on a free walking tour at 2.30pm. We got to try chocolate at the chocolate shop which were really nice. Then we went around the town and went to see a Cathedral. Then went to a park and saw some people practising for a festival and saw some people putting up a tent. We went past the King’s Palace and had a little talk about the King’s Palace. After that we went to look at the view on a mountain near the musical instrument museum. Then we went back to the town square and finished our tour. Mummy and I shared a fried rice for dinner at the apartment. 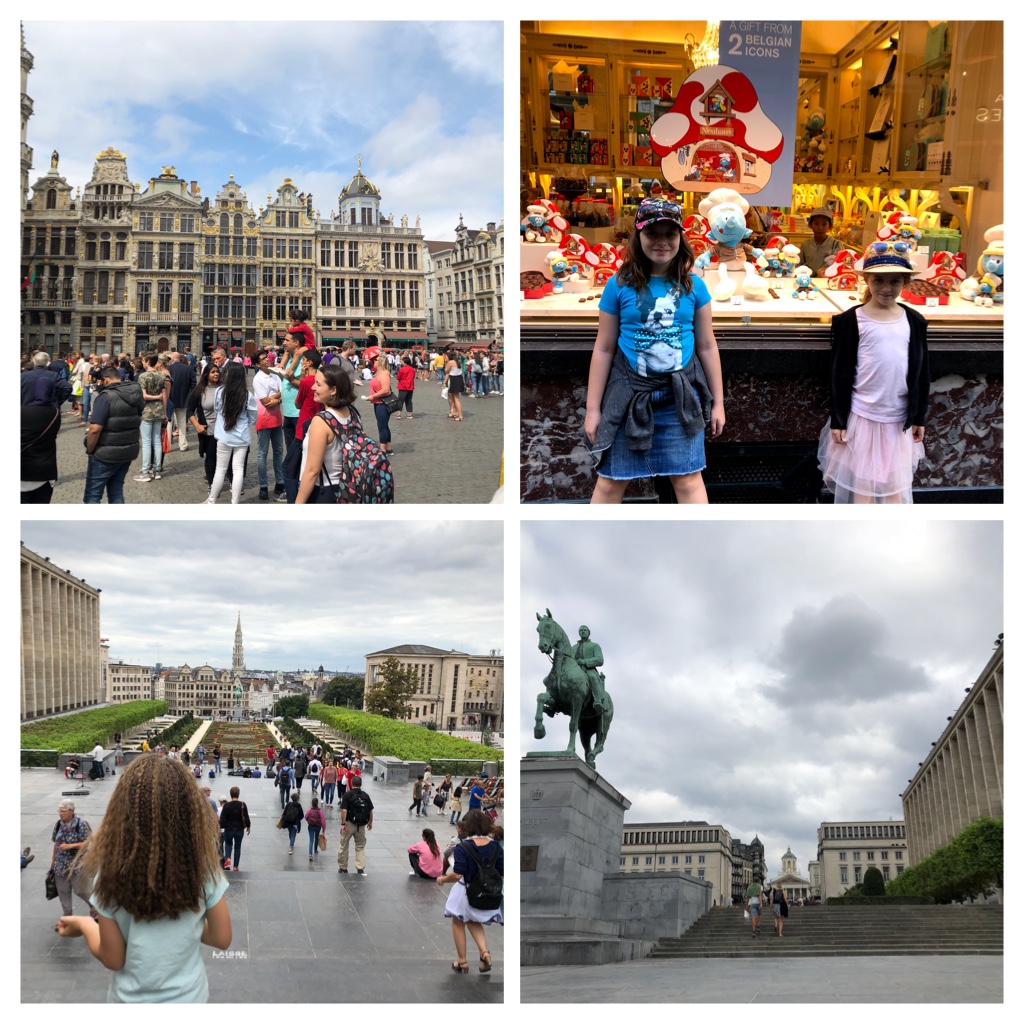 First of all went to the waffle shop to have breakfast. I had waffles with oreos and strawberries with whipped cream. Then we went to have a look around. We went in St Michel’s Cathedral and we had to be silent. I lit a candle. It was similar to another one we saw in Paris but we didn’t go inside that one. Then we went to the King’s Castle to look around. He had marble on his staircase. It was a really beautiful Palace. We got to go inside a lot of rooms and the tour guide said that is where the King works but doesn’t live there. There were a lot of sitting down areas and a lot of paintings, and lots of HUGE chandeliers. He had hedges in his garden. There was lots of pretty furniture. There was a piano and some instruments like a harp and some fireplaces. We saw some of his badges (medals), and the necklace of the order of Leopold and a long dinner table. Some of the ceilings were painted. There was red carpet everywhere. There was a room with lots of games in and the roof was made out of beetles.

After that we went up to the top of the musical instrument museum to have a drink. We saw a good view.

After we had a rest in the room, we went out for dinner and to a fancy mall. Me and Mummy shared a mixed grill. Mum saw a jewellry store and she wanted to go in. I liked the shopping in Brussells. We went to another shop and it had really cool things. Like cats, unicorns and lots of animals, kitchen materials, cleaning materials and stationary. We had waffles again for dessert.

I was really tired at the end of the really big day. We finished off by seeing the town square at night with all the lights. 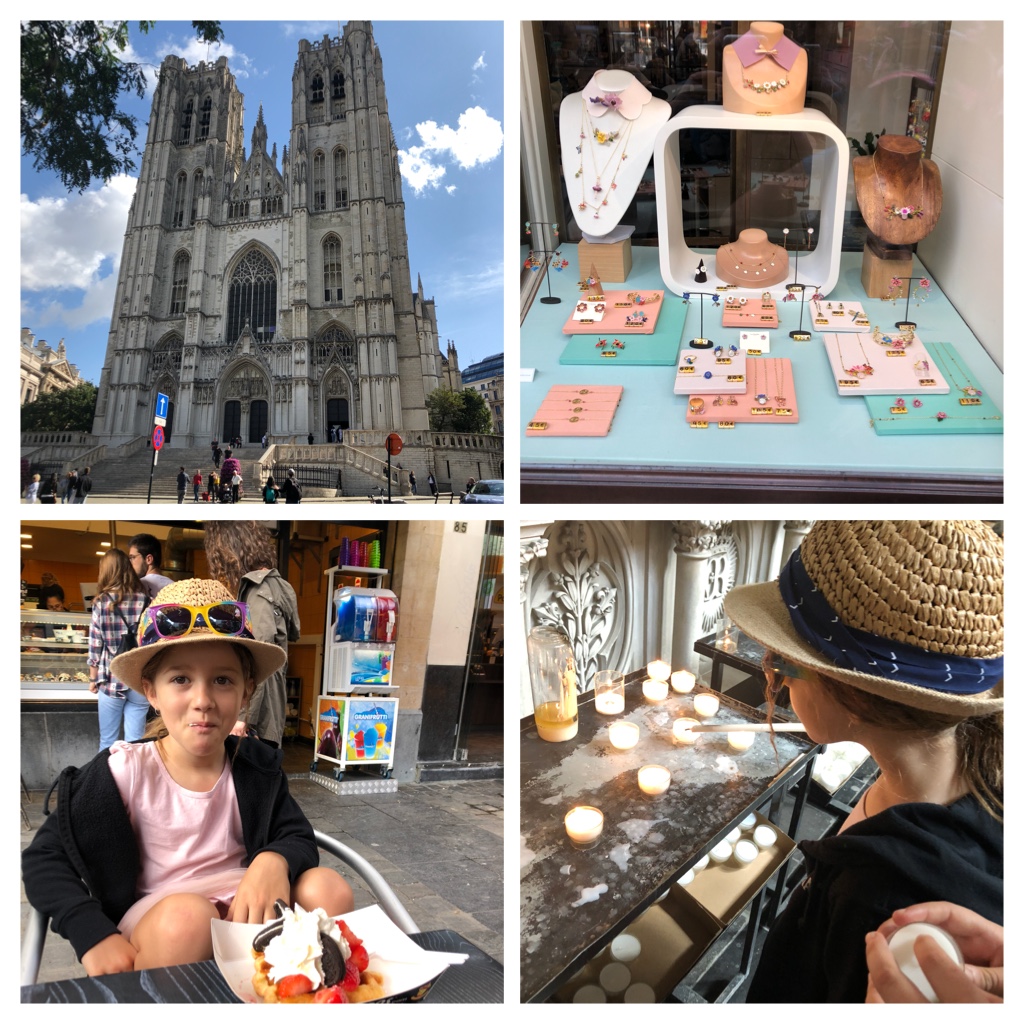 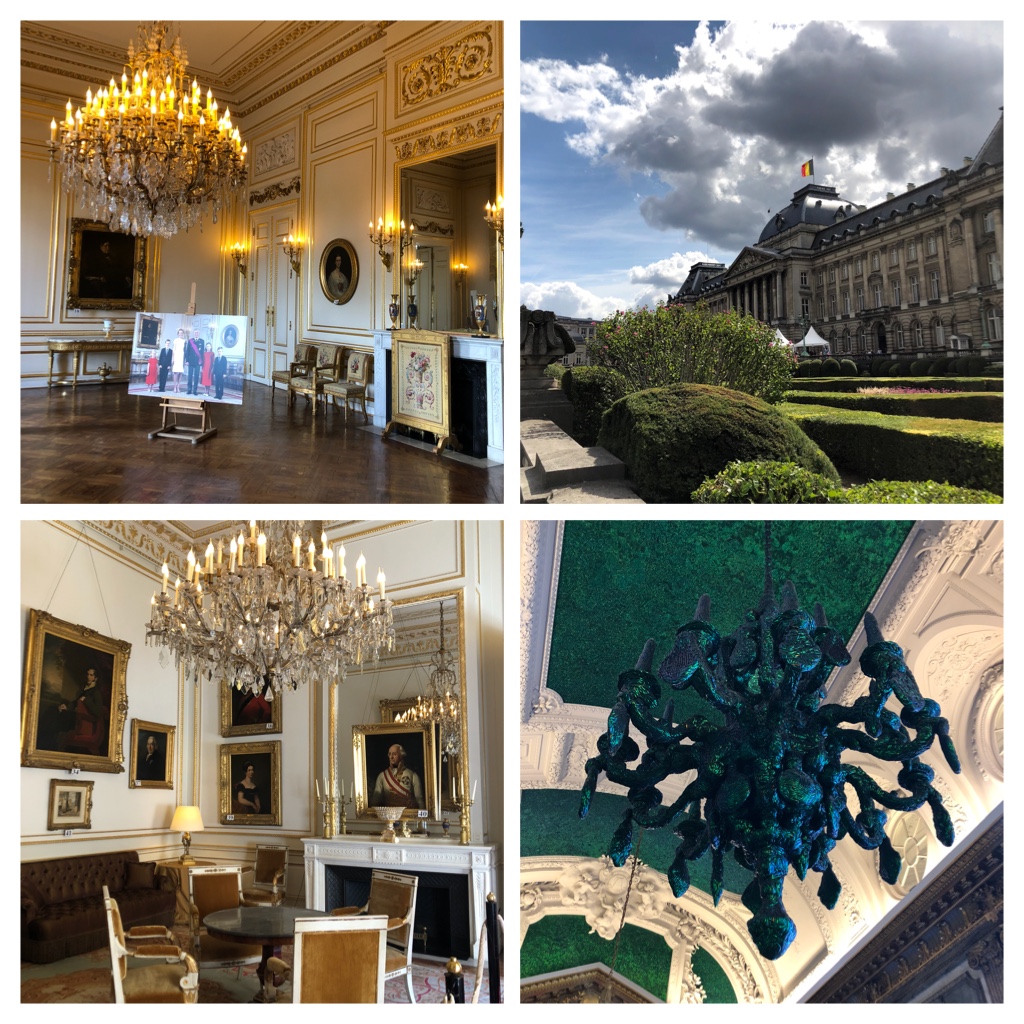 Today we are catching the bus to Amsterdam. But first, we caught a double decker train to the airport!!! I will tell you all about it next time. 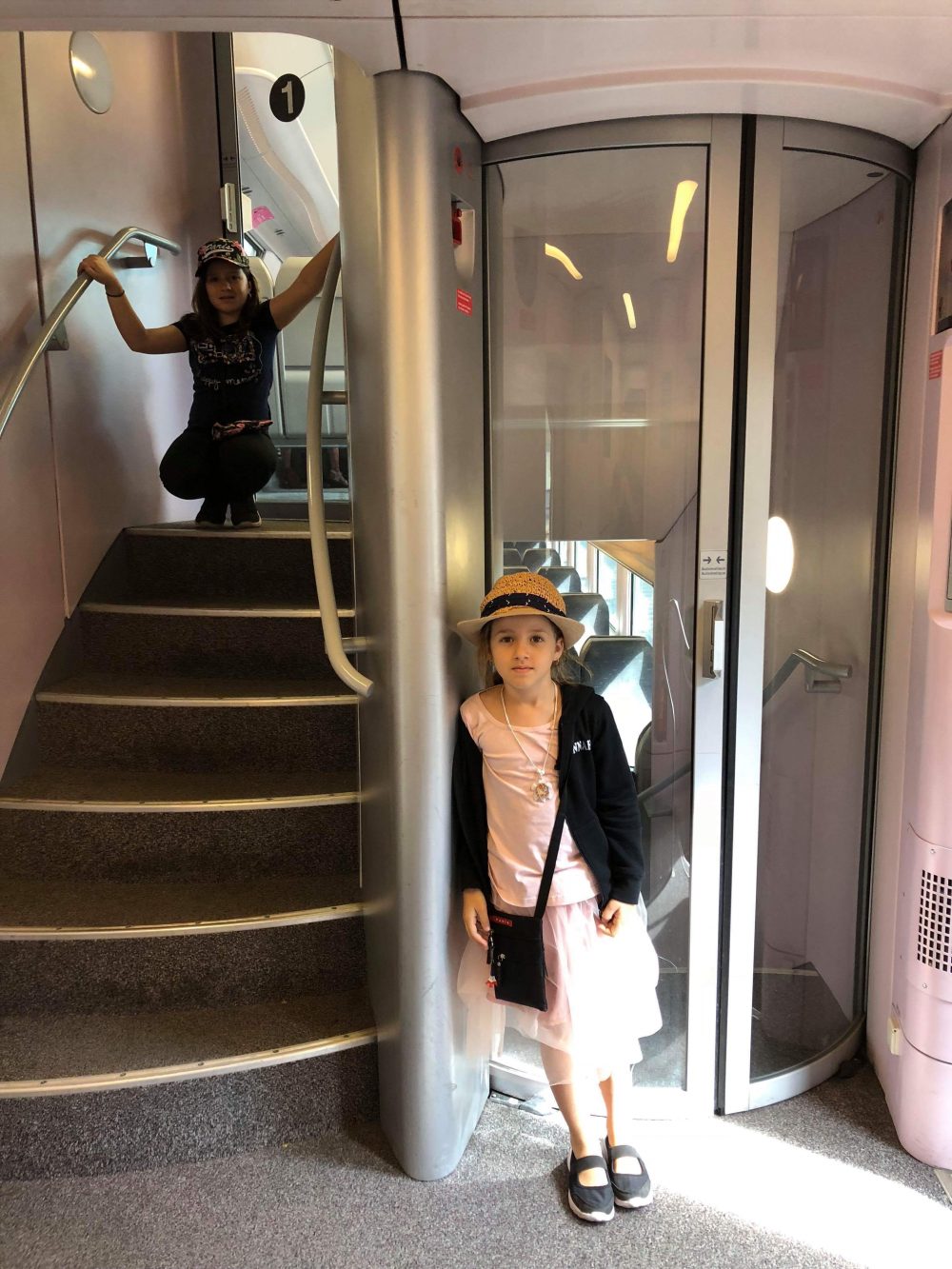